Yet, what many directors overlook, or are not aware of, is that there is an evolutionary change in every actor as they move through the key phases of filmmaking: Auditions, Rehearsal and Production. A good director, like a good parent, needs to take into consideration the psychological shifts that actors experience as they move from one phase to another. Knowing these shifts will infuse your relationship with the actors with a greater sense of trust and you’ll experience a deeper connection with their process. 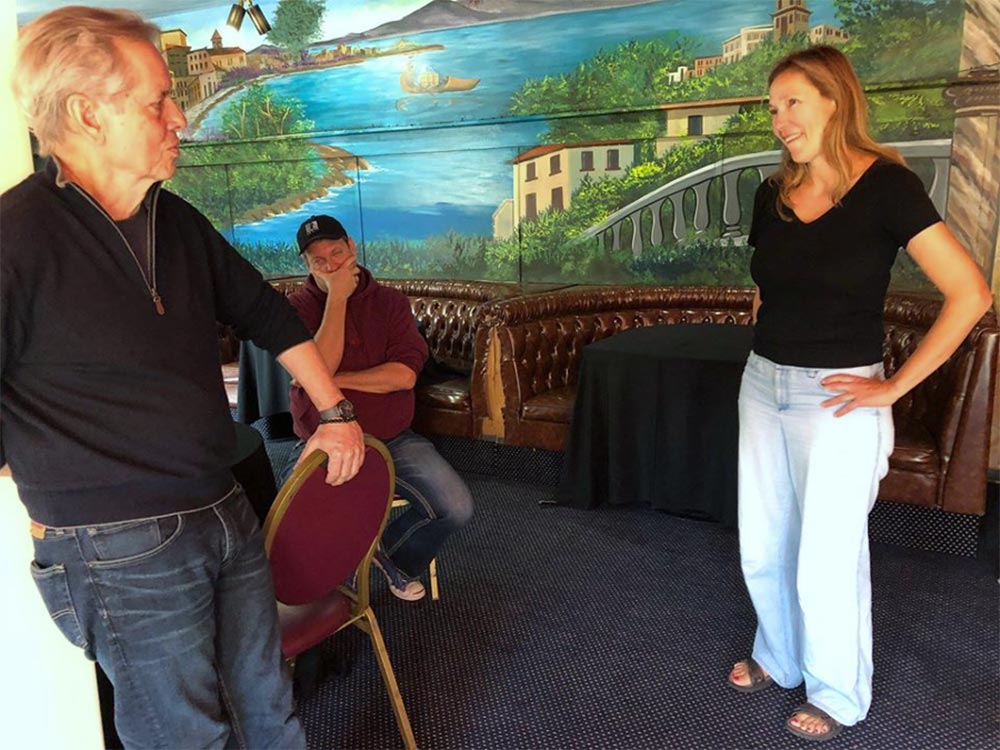 No matter the level of experience or training of the actor, this is a phase where they are seeking their next job. Let’s call it the hungry phase. These actors are hungry for recognition, attention, appreciation, and acknowledgment, even if they don’t get the job. They want to make a connection and be seen in a positive, collaborative, and creative light. They want to be seen for who they are and for what they can become. They are applying for a job and the application process is brutal. Consequently, they are usually extremely malleable, cooperative, and compelled to fulfill the wish of the director, regardless of its logic or rationality. The actor’s focus is totally outward, toward the others in the room, especially the director, producer, and casting director. What a gift! What a rare opportunity to experience the openness, eagerness, and childlike wonder of each actor!

You, the director, need to recognize and honor this openness and eagerness. Make room for and embrace their enthusiasm. And keep in mind that some of this very likely will disappear in the following phases.

Now the actors are no longer job applicants eager to be acknowledged and hired. They are employees in the initial phase of delivering on a promise and fulfilling the director’s vision. Even though they have been hired, they are still in a somewhat tenuous state. On the one hand, they want to assure the director and producers that they made the right decision. On the other hand, they need a safe place where they can explore their characters, experiment, and risk failing. It’s possible that an actor who was effusive, eager, and forthcoming in the audition process may now be withdrawn, shy, or even secretive. Or, an actor who was coy, shy, or a bit mysterious may turn aggressive and demanding during rehearsal.

This split and fluctuating focus reinforces the uncertainly and fragility of this process. Notice how actors behave and respond under the pressures and possibilities of rehearsal. Be compassionate and supportive. This is the stage where you will begin to see how aspects of the actor’s personality are emerging as the character.

The actor’s vulnerability is a great gift to you. Treat it respectfully and gratefully.

Now the actor has to deliver. Every moment counts. There is little room for experimentation. Regardless of input from director, producer or others, the actor has to take control. The actor’s focus is acutely inward, into self, into character, story and scene. You, as the director, may find that while you are talking to the actor that they are only half hearing you. Like an athlete at an Olympic event, the actor needs to stay focused and block out the outside world. Every actor will accomplish this in a different way. Embrace this adjustment, honor and respect it, and maintain a save space for the actors and you will experience performances and emotional moments not realized before.

Respect the process. Keep your instructions and directions short, and get out of the way.

I always feel more connected to my actors when I stay aware of the three phases they go through. I find that I, too, go through similar changes. I know I’m not the same director during auditions, rehearsal and production. I also shift and adapt, feel similar fears, apprehensions, moments of connection, moments of isolation. I am sure that my actors are aware of, and have somehow adapted to these changes in me.

The work with actors is like walking down a path. No one is leading. We walk side-by-side guided by each other’s instincts, insights and genuine responses to moments of discovery and revelation.