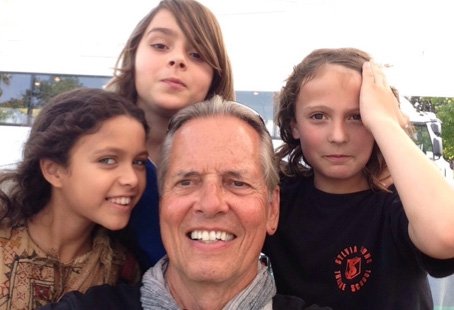 Directing children on a film set can be a challenge. There is no guarantee that they will learn their lines, hit their mark, behave on set or give a credible performance.

In 2014, I was hired by writer/director Cyrus Nowrasteh (The Stoning of Soraya M., Infidel, The Path to 9/11) to work in production on his film “The Young Messiah.” My job: Coaching the three child actors. No big deal, I thought. After all, working with actors is my specialty.

Was I in for a shock! During those three months on location in Italy, I faced challenges I had never encountered in working with adults. There were so many rules, regulations and time restrictions to protect the welfare of the child actors, that I often found myself forced to improvise some wild on-the-spot games and strategies to carve out a time and a place for working with the children and having them be fully prepared to do the scene.

The main problems I had to resolve were:

Now, for the first time ever, I will teach the games and strategies that I successfully created to turn a rambunctious, iPad carrying, 9-year-old Adam Greaves-Neal into young Jesus, day after day after day. You will learn how 9-year-old Lois Ellington (who played Jesus’ cousin Salome) became such an expert in Beat Sheets, that she even coached a highly experienced actress on the secrets of Beats. And how 13-year-old Finn Ireland (playing Jesus’ adopted brother, James) became his own acting coach.

These young actors had their own preferences and quirks, strengths and weaknesses. Finding what worked best for each actor took some time but when we found the right approach, the results were magical.

When working with young actors, extra time is usually built into the schedule for rehearsal on the set, but Adam, Lois and Finn consistently arrived on set so well prepared that they became known as “first take” actors. Their proficiency raised the bar so high for everyone, crew included, that the adult actors had to be ready to perform at their best on take one.

What I developed for the children turned out to work equally well with adults, so that now it has become an integral part of The Travis Technique, along with the foundation of “Write Your Life,” the “Interrogation Process” and the “Power of Staging.”